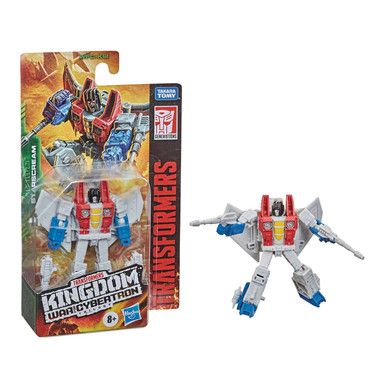 Worlds collide when the Maximals and Predacons join the fight, coming together with the Autobots and Decepticons in an epic battle that will alter their destiny forever.This collectible figure stands at the new Core Class scale and depicts the scheming Decepticon second-in-command, Starscream! The 3.5-inch mini-figure allows fans to collect a mini version of the iconic character to pose out with other Starscream figures at larger scales!

All prices are in USD. Copyright 2021 NJ Toys and Collectibles LLC. Sitemap | Ecommerce Solution by BigCommerce